Jewellery Galleries and Schools in Delhi

Most exhibitions are private affairs. Huge trade shows have not been successful despite great effort. In the private shows it is the designers like Poonam Soni, Aparna Gujral, Asha Kamal Modi, Art Karat who thrive. MMTC (Mines & Minerals Trading Corporation), a large Public Sector Enterprise organizes its consumer / retail exhibition, a real treat during Diwali (the Indian festival of Lights when the Goddess of Wealth – Lakshmi is worshipped, occurs in October - November depending on the Hindu calender). The best selling period is the Wedding and Diwali. The tradition of Diwali has Dhanteras when jewelry is bought. One of the stories surrounding Dhanteras is that it is on this day that the proverbial nectar was churned from the ocean and Dhanwantri (the physician of Gods) emerged carrying nectar. Hence this day is dedicated to worshipping Goddess Lakshmi. It is customary to buy new utensils or precious metals. Thus most shops are choc a block during this period.   Otherwise most jewelry manufacturers organize in-house exhibition for their clientele in the showrooms itself. Other places for exhibitions are usually five star hotels where it is possible to install high security gadgets for surveillance. Dedicated exhibition halls are yet to take off in a big way. The Export Promotion Parks in neighboring Noida has some well known Export Oriented Units. The , also affords for craftsmen from across the country to come and sell their wares in . Most come and demonstrate their crafts as well. These include Thewa, craftsmen specializing in tribal jewelry in gold and silver from Jharkhand and Chattisgarh.

Formalised courses for studying jewelry design and making are just taking off. However, many of the various techniques like Kundan, mina, granulation or filigree are best learnt at the feet of a master craftsman or through the Handicraft training courses sponsored by the Government. Many of the hereditary craftsmen after picking up the craft from their father or grandfathers proceed to formal schools for more skills. The Gems & Jewellery Export Promotion Council at Jhandewalan runs two training institutes. Indian Institute of Gems & Jewellery where designing is taught and Indian Gemology Institute where training is taught on gems. There are six private institutes in which teach courses in Jewelry designing and Gemology. The National Institute of Fashion Technology run by the Government teaches it in another part of the country. The curriculum revolves around designing and common jewelry making techniques of drawing sheets, wires, soldering……

Other Jewellery Centres near Delhi


Near , Jaipur is a jewelry makers and collector’s paradise. Some of the finest of craftsmen can be found there. It is also well known for its stone work – cutting, polishing, jade engraving and more. Other well known centres include:   is a well known centre. It has a concentration of more than 50,000 craftsmen. (447 kms), Ambala (192 kms from ) are other areas. or (780 kms from ) the holy city is known for its silversmithing and silver jewelry.
Posted by Chitra Balasubramaniam at 9:08 AM No comments: 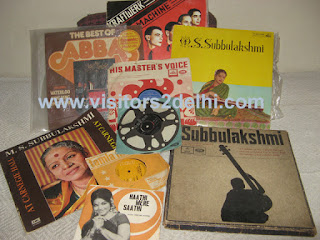 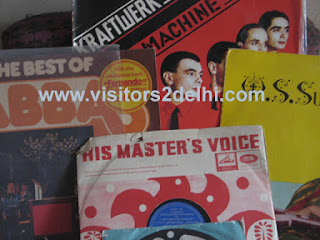 The man is old fashioned, believes in quality work and does not hurry. Go to him with some time, sit and chat. He believes in building relationships. Yes, even for taking money due to him. It is an old fashioned place, still untouched by greed, chalu kaam and shoddy workmanship. The work is well worth the time.
Posted by Chitra Balasubramaniam at 12:21 AM 1 comment: